Norway is in the lead when it comes to adopting a model-based process in road- and railway projects. Since the 1990s, when using detailed presentation models was the norm, we have come a long way and the Norwegian infrastructure industry has continuously evolved towards the use of constructible models. with a strong emphasis on digital communication between all stakeholders in large infrastructure projects. Although the infrastructure industry in Norway has seen large improvements towards more sophisticated BIM adoption and -workflows, large buildings projects are still at the forefront when it comes to BIM.  In other parts of the world the development towards more model-based and digitized workflows within infrastructure projects has not been as profound. 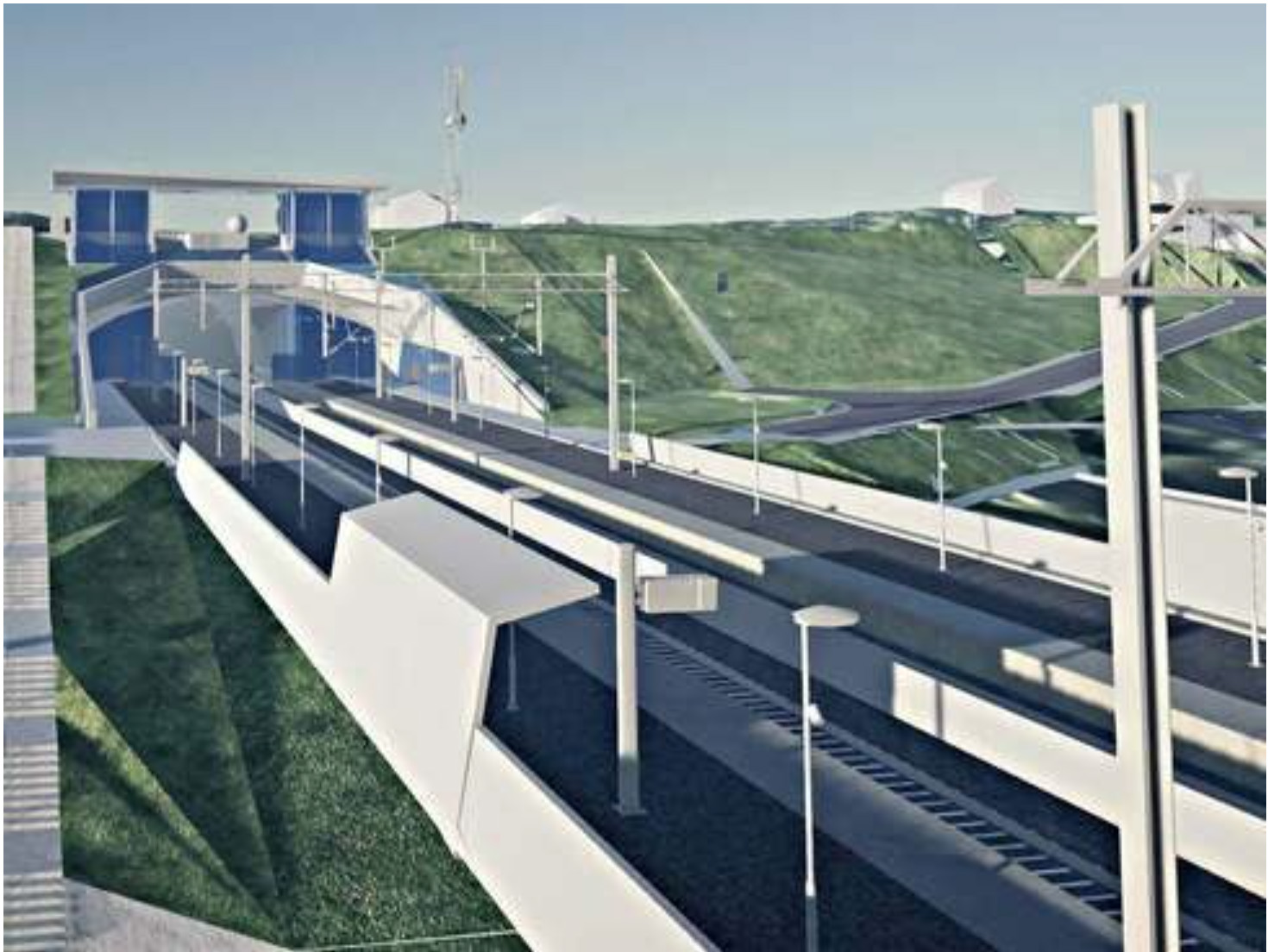 All indicators show that BIM methodology and open standards will be mandatory in future road and railway projects. Illustration: Norconsult.

Many software companies have their own so-called “walled gardens”. They develop larger software-suites that work very well within their technical environments, but as soon as these-suites interact with other software outside their environments it becomes challenging” says Aiden Mercer, Marketing Director in buildingSMART international.

“It is evident that this type of independent technical environments is not the way forward, as we experience increasing interest in IFC and open industry standards”.

IFC is an open file format for building information modeling (BIM), which is developed and maintained by buildingSMART. Until now, IFC has been developed and implemented for the buildings industry, not infrastructure. However, since 2013, ongoing efforts to embrace the needs of linear construction projects have received an increased focus. A new IFC standard, IFC 4.3, is being developed to support the needs for open standards and workflows within the road, railway, tunnel, ports and waterways sectors.

A Norwegian company is driving IFC development for infrastructure

As a leading software provider Trimble`s office in Sandvika, Norway is highly involved in the efforts towards the development of open standards. Trimble is a pioneer within BIM for infrastructure and works closely with the Norwegian Public Road Administration, Nye Veier, Bane NOR (the Norwegian Public Railway Administration), and the large consulting companies in the industry. 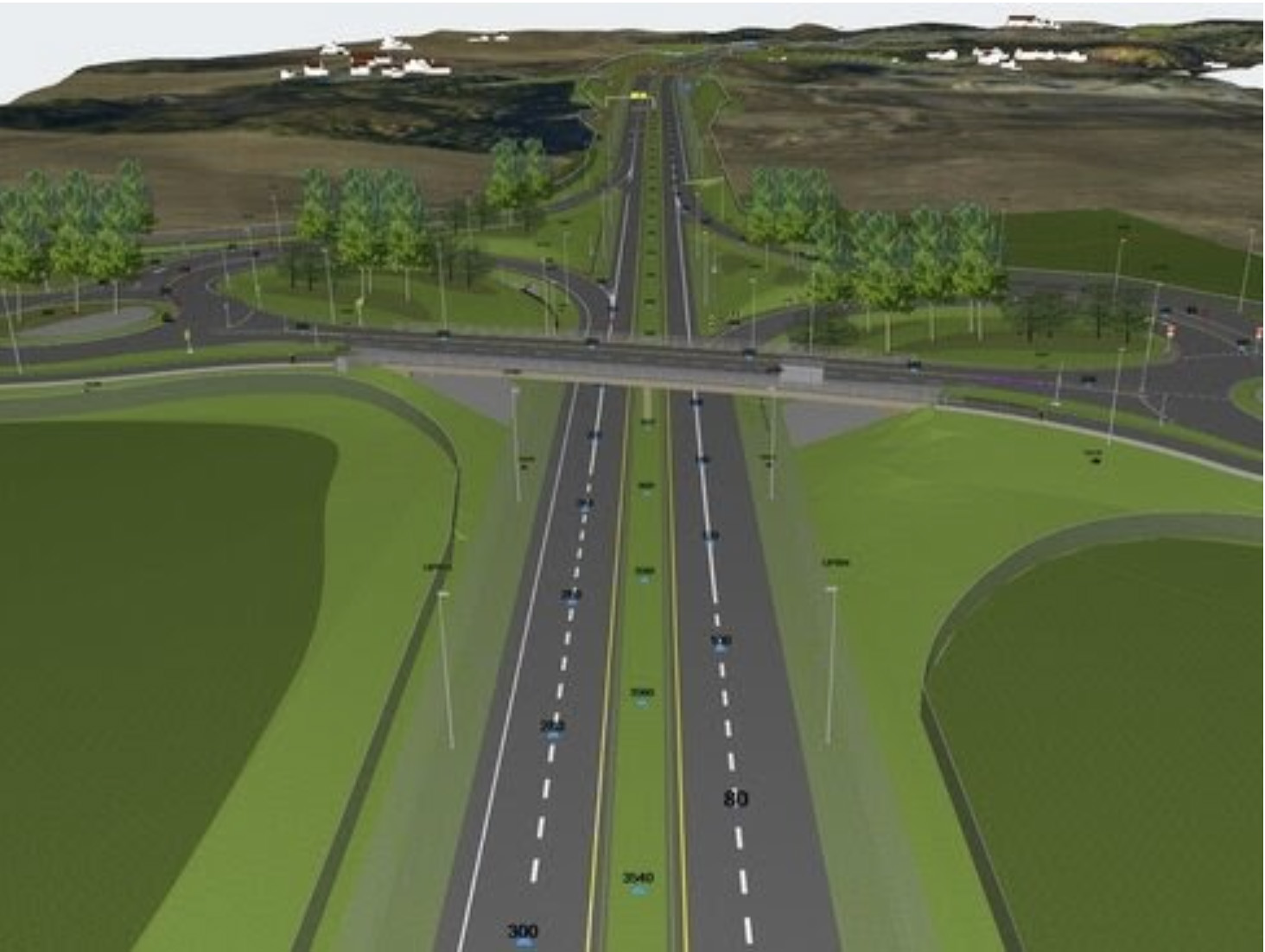 Trimble has contributed heavily in the work on IFC 4.3, an open format maintained by buildingSMART. Illustration: Norconsult

“IFC is among the leading international data exchange formats in the buildings industry. In the future, focus will also be increasingly given to establishing IFC as a standard in infrastructure projects”, says Jan Erik Hoel in Trimble.

Together with his colleague Johnny Jensen, Hoel devotes a lot of time to the buildingSMART projects that are essential to the completion of IFC 4.3.

“We are working to make the buildingSMART framework that has been very successful in the buildings industry, also applicable in infrastructure projects. This goes beyond the exchange format IFC to also include the descriptions of open processes and terminology” Jensen comments.

“We need to describe the processes. The utility engineer needs to know when the road engineer has finalized the road surface so the manhole can be inserted in the model at the right time. The framework from buildingSMART helps us establish this timeline.”

buildingSMART is dependent on the social responsibility taken by member organizations like Trimble that participate in buildingSMART projects.

“Members like Trimble are crucial. They contribute to the projects in which the new industry standards are developed. The value created through project collaboration and data exchange in an open, neutral environment will benefit our society”, says Mercer.

“Our projects must be validated in software and Trimble and others are contributing to this work. IFC 4.3 has now reached the validation phase”. explains Richard Kelly, Head of Operations in buildingSMART International.

Will be mandatory in Northern Europe

“Railway- and road authorities are also members of buildingSMART. More than nine national railway authorities from across the world take part in our railway project. For the road project, national authorities from Northern Europe are the primary contributors, but here we also see substantial involvement from in example Korea”, Kelly explains. 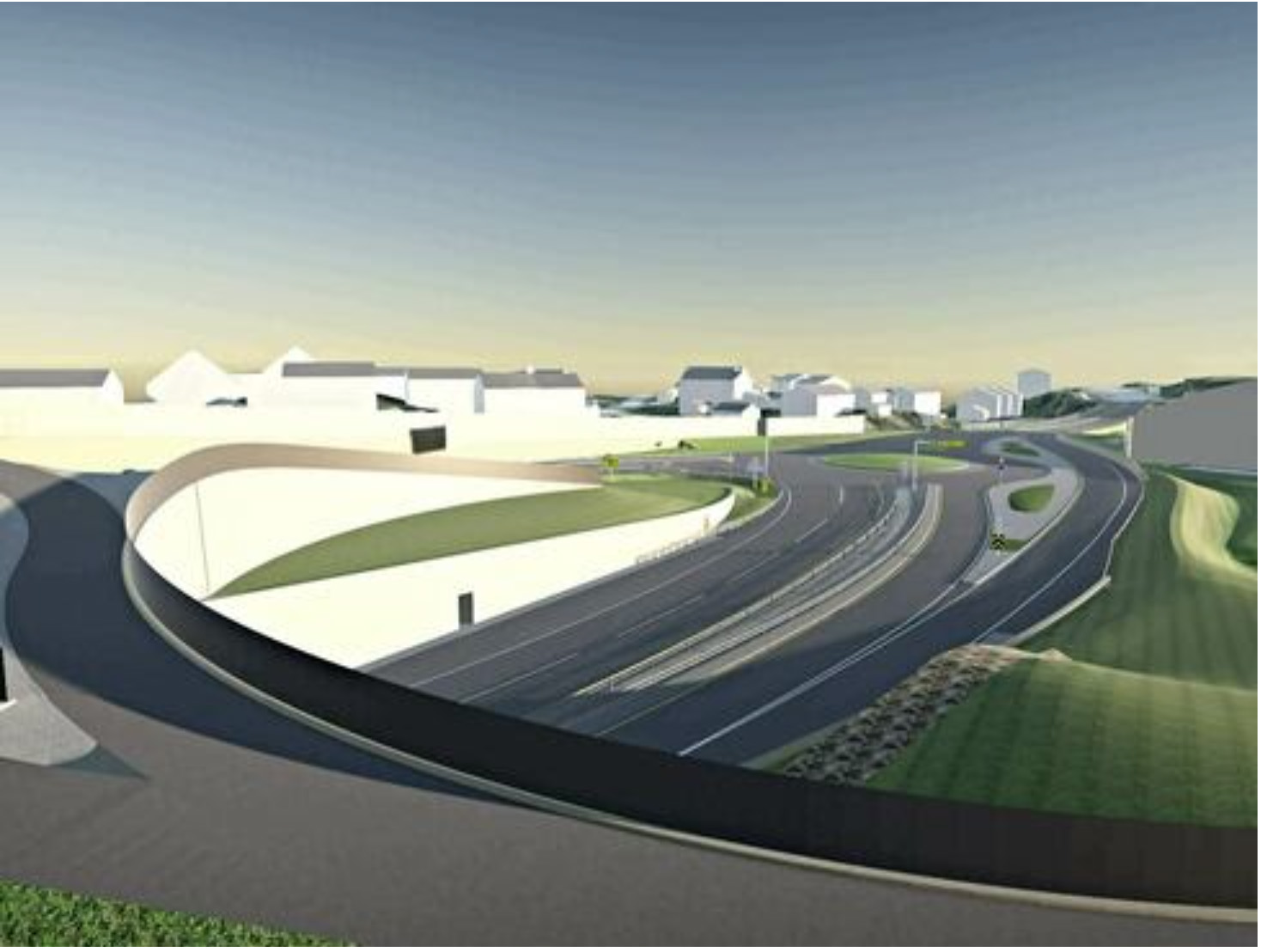 Road- and railway authorities in Northern Europe have a common goal to make openBIM and IFC mandatory in future infrastructure projects. Illustration: Norconsult.

In 2017, all Nordic road- and railway authorities signed an agreement on implementing the use of digital models in all project activities. The Nordic Road and Rail BIM Collaboration was initiated, and consists of the following members; BaneDanmark and Vejdirektoratet in Denmark, Finish Väylä, Swedish Trafikverket, the Norwegian Public Roads Administration (Statens vegvesen), Nye Veier and BaneNor.

The establishment of the Nordic Road and Rail BIM group has clearly signaled to the market, a common goal of establishing the IFC- standard and openBIM as a requirement in all large construction projects. This trend is not exclusive to Northern Europe as buildingSMART sees similar developments in several parts of the world.

“The Norwegian Directorate of Public Construction and Property (Statsbygg) requires the use of IFC. We also see authorities in Switzerland, Spain, the UK, the Netherlands, and others committing to IFC. The American Association of State Highway and Transportation Officials (AASHTO), which is involved in the development of the bridge standard, has also committed to IFC, and the list continues”, says Mercer.

Trimble hopes that the implementation of openBIM and IFC 4.3 will become mandatory for all infrastructure projects.

“Yes, I hope so. This has to be the goal. Of course it does depend on the type of contracts. For design-build contracts for instance, such requirements can not be set until the final project phase (as-built). The way I see it, large Contractors operating on an international scale will almost certainly be motivated to always use IFC 4.3 and not local data requirements definitions when working with for instance a Norwegian, Finnish or Spanish surveyor.”, Jensen comments.

Trimble keeps a close eye on the digital transformation within the road- and railway sectors. The company has witnessed positive outcomes brought by the increasing use of digital models in road projects, as the model-based working methodology results in less errors and clashes on the construction site and in improved cost-effectiveness.

“One of the biggest advantages brought by openBIM standards is that they help us make better decisions. Organizations responsible for designing, building or maintaining a construction will be able to make decisions in the very early stages of a given project”, says Kelly, buildingSMART.

“We know that the industry is highly fragmented. This makes the exchanging of ideas across organizations difficult, often for commercial reasons and due to language- and cultural barriers. The framework by buildingSMART helps mitigate such challenges. When project owners require the use of openBIM the rest will follow.” Kelly continues.

Kelly believes that buildingSMART sees a high degree of interest and involvement from Chinese stakeholders due to language- and cultural barriers. Open standards will bring more internationalization and healthier competition to the industry. Trimble also sees openBIM as a great opportunity.

Jensen comments on his motivation to contribute in bulidingSMART`s work, -“openBIM provides us with an increase in competitiveness as we can compete with other software vendors without having to adjust our software to varying local standards. Setting aside our passion for the software we develop, we are all taxpayers and we want our society to operate optimally. For this to be the case, I believe that healthy market competition is of high importance".

“Up until now, we have devoted a lot of resources to support a number of different exchange formats, and in large infrastructure projects there are many. With the adoption of common, open industry standards we can focus more on optimizing our software for the different activities and processes that are important to our customers. Our customers will simply get better software solutions from us and other industry players, which will benefit society as a whole” Jensen comments.