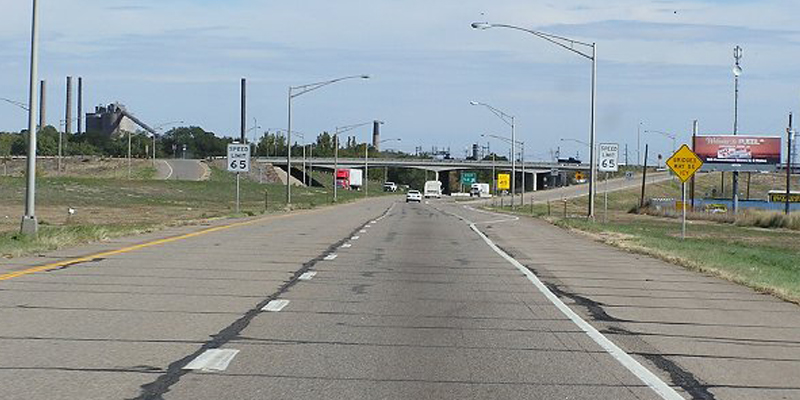 Interstate 25 through the heart of Pueblo, Colorado is one of the oldest segments of freeway in the state, with no efforts to modernize it since it was originally built in the 1950s. That is until July 2015, which marked the start of a long-term improvement project that includes replacing and rebuilding roadways along I-25 and the construction of six new bridges in and around the city’s downtown.

Working with Jeff Lovell from Desert Basin Companies out of Herriman, Utah, Jolly equipped his Volvo EC700 excavator with a Trimble LOADRITE X2350 excavator scale with a Trimble LOADRITE Material Management System (MMS) and modem.
With the excavator scale, a bucket sensor is installed on the excavator bucket that, together with trigger units that are mounted on the boom and stick pivot point, measures the position of the bucket, boom and stick arm to ensure weighing accuracy. An in-cab monitor receives data from the sensors and calculates bucket-by-bucket weight, which is then sent to Jolly’s laptop using the cellular modem.