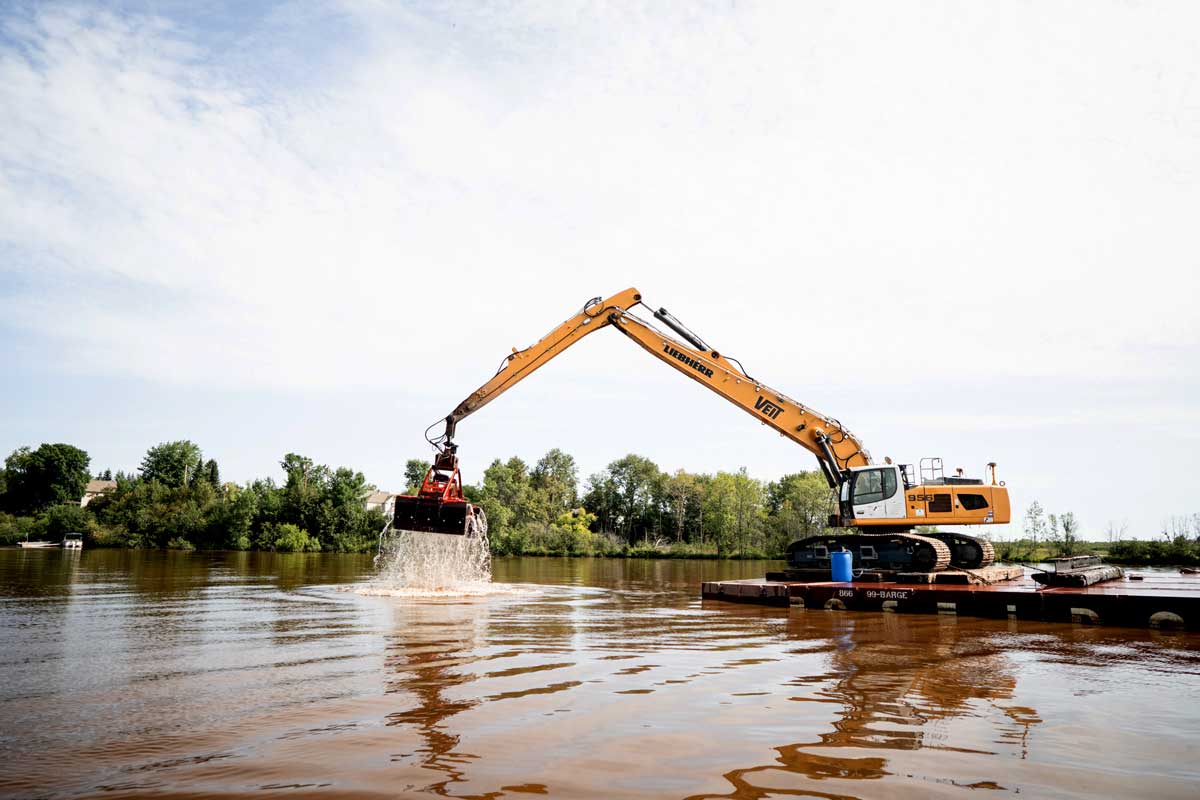 Customer Profile: Veit & Company, Inc. is a leading, technology-progressive specialty contractor with corporate offices in Rogers, Minnesota. The company specializes in earthwork, utilities, foundations, demolition, dredging and industrial cleaning. With an annual revenue of more than $200 million and 100-120 projects running at any one time, approximately 75% of the company’s earthwork projects rely on technology including machine control, rovers, total stations and base stations.
Business Challenge: Efficiently remove and reuse sediment, legacy wood waste and non-native vegetation to restore the Kingsbury Bay – Grassy Point Habitat.
Solution
The Minnesota Department of Natural Resources (DNR) is facilitating the multi-year, $18-million Kingsbury Bay – Grassy Point Habitat remediation and restoration, a site located in St. Louis County, Minnesota. The goal of the project is to restore 240 acres of fish and wildlife habitat within a part of the St. Louis River Area of Concern (AOC). Critical to the project is to excavate and reuse excess sediment, remediate and reuse legacy wood waste and remove non-native vegetation.
Minnesota DNR contracted Barr Engineering Co. to manage the engineering and design, construction administration and quality control oversight and Veit & Company, Inc. for the construction effort.
Begun in 2019, the restoration effort includes:
The Veit crews also installed in-water stream control structures at the inlets of Kingsbury and Keene Creek, with a little help from technology. 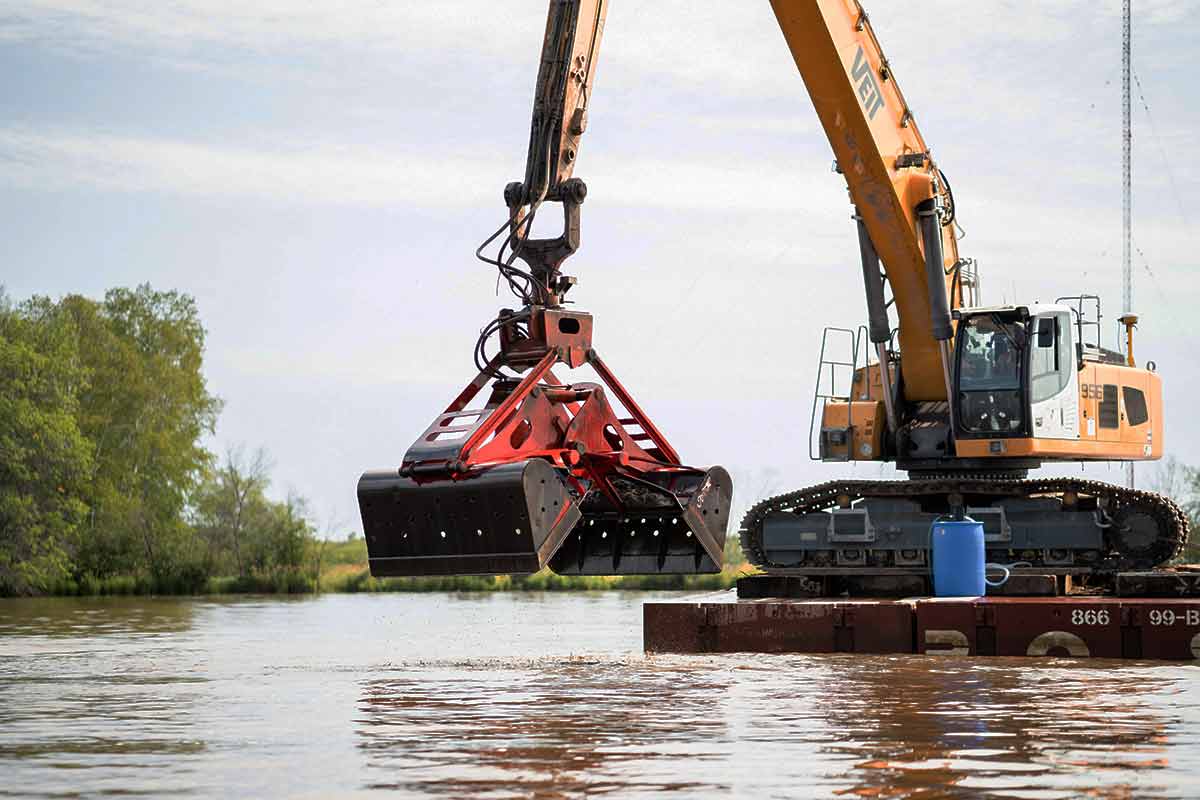 Underwater Visualization
Founded in 1928, Veit & Company, Inc. has long been a technology leader in the Upper Midwest’s site prep and civil works market segment. Its technology-enabled fleet includes dozers, excavators, motor graders and skid steers all equipped with 3D machine control systems, as well as rovers, base stations and total stations—all connected to the cloud, enabling the easy transfer of 3D project files to field crews.
For the Kingsbury Bay – Grassy Point Habitat project, GPS-guided machine control on excavators was particularly valuable, especially when combined with a Trimble Marine Construction System to track underwater material removal in real time.
One of the most challenging tasks in the marine construction environment – whether for dredging, building, or demolition – is working in turbid water including suspended sediments and materials, making it impossible to accurately monitor progress. Conventional practice is for a contractor to estimate the approximate amount of material to be removed or placed on a given site based on experience and pre-construction hydrographic surveys. Once the operator has reached an estimated point of completion, they conduct a post-construction survey for verification and certification, and almost always, the operator must return to the site for rework.
The Trimble Marine Construction System can be integrated with a single beam echo sounder (SBES) to acquire pre-/post-dredge survey data from below the water and then quickly identify high and low spots, calculate progress volumes and send grid model updates to both the office and the dredge vessel.
“We use the Trimble Marine Construction System to track the bucket location in real-time in 3D—a huge advantage in water,” said Britton Lawson, Director of Construction Technology at Veit. “Essentially, the 3D map created by Trimble is the only eyes for the excavator operators to know where they’ve been and where they need to go. Project managers are also able to track progress and material quantities moved.”
Dredged with Accuracy
For the Grassy Point job, Veit used two Liebherr excavators with clamshell buckets on barge spreads. Each was equipped with the Trimble Earthworks Grade Control Platform using the Minnesota Department of Transportations’ MnCORS VRS Virtual reference station network for instant access to RTK positioning services.
“One machine would excavate to design and load the material. Two tugboats moving four hopper barges were used to transport the material to the placement site. The other unit would unload the material, placing it on the seabed to a design grade. This was all achieved with Trimble guidance,” Lawson said. “We also had a Trimble Siteworks Positioning System with a TSC7 Controller that was performing quality control/quality assurance checks behind both spreads.” The Veit team relied on a remote connectivity cloud platform to remotely manage the units.
Bi-weekly as-built progress surveys were completed by survey crews using a single beam sonar. The subsequent surveys were then uploaded to the machines for reference.
“The data from the single beam echo sounder was compiled in Trimble Business Center and sent out with plan sheets,” said Lawson. “We used aerial drones to gather topographic data of the island surface above the water and then combined those surveys with the machine mapping data. That process helped significantly to reduce rework. We never had to go back because it was field-verified right away.”
The Trimble Marine Construction System makes the process much faster and more accurate.  Lawson estimates that the initial excavation is about 50% quicker than traditional methods because operators know where the bucket has been and where it needs to go. Lawson added, “With the 3D visualization, we have greater assurance that cut depths are accurate as compared to a mark on the stick. Reducing the time spent returning to a site for rework is invaluable.”
Enabled by technology, Veit crews worked 24-hours a day, Monday-Saturday, to complete the required tasks from June to September 2020. Summer 2021 will conclude the restoration project, finishing the cap on the Grassy Point islands using clean sediment removed from Kingsbury Bay, dredging remaining excess sediment from open water portions of Kingsbury Bay, restoring Grassy Point wood removal areas using sediment from Kingsbury Bay and restoring and reseeding disturbed areas.
Lawson concluded, “I cannot imagine performing this project without 3D positioning technology. Using the Trimble workflow greatly contributed to our success and reduced our rework to almost none. We would not want to tackle this type of project without the 3D tools we had available to us from Trimble.” 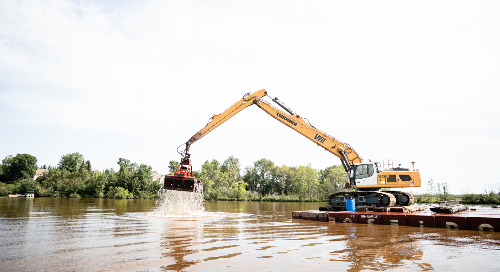 The Minnesota Department of Natural Resources (DNR) is facilitating the multi-year, $18-million Kingsbury B... 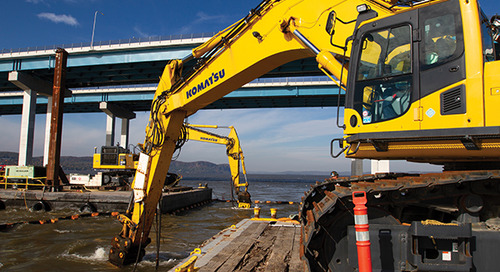 Trimble hardware and software tracked the position and motions of the machines and displayed to the operato... 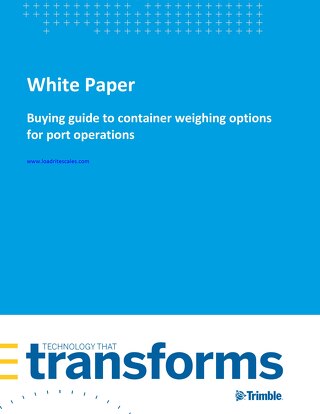 Trimble hardware and software tracked the position and motions of the machines and displayed to the operators the position of their tools underwater. 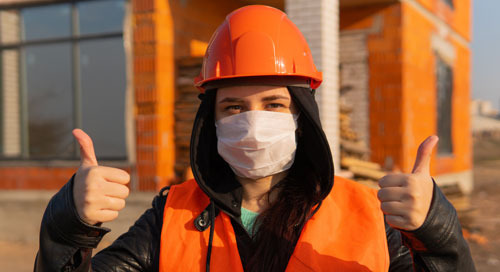 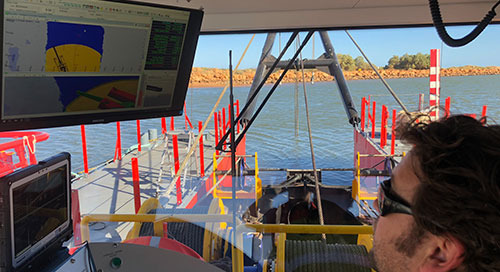 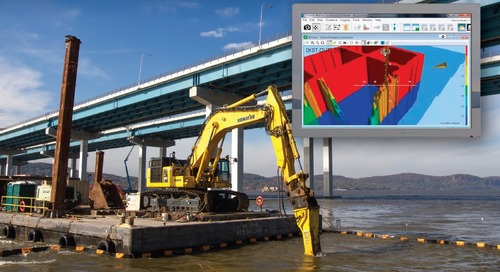 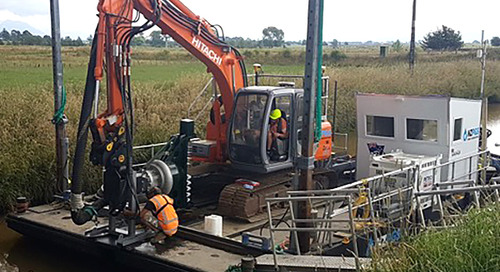 Dredge contractor ‘Sees’ Under Water and Dredge to a 3D Design 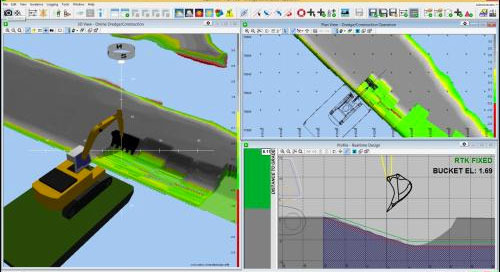 Trimble Marine Construction Software can be transmitted to the DQM database through a system provider’s software. 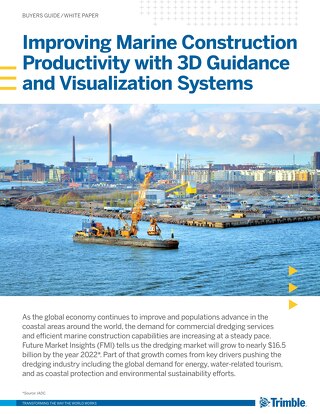 The latest generation of innovative 3D visualization applications is significantly improving the accuracy of dredging and surveying by empowering the operator to work smarter and to avoid rework. 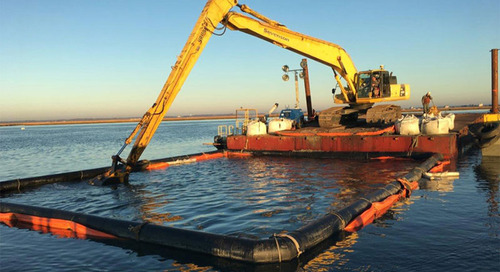 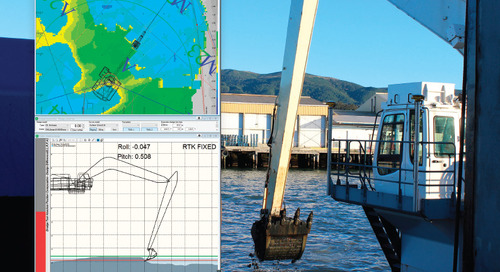 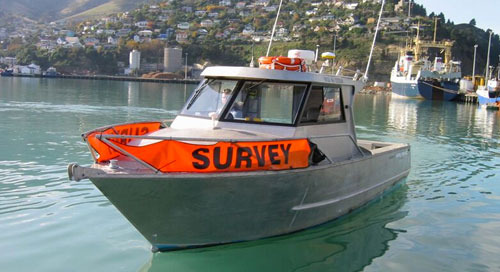 Trimble has released its new Trimble Marine Construction Software for Positioning that provides contractors with the ability to perform their own pre-/post-construction hydrographic survey. 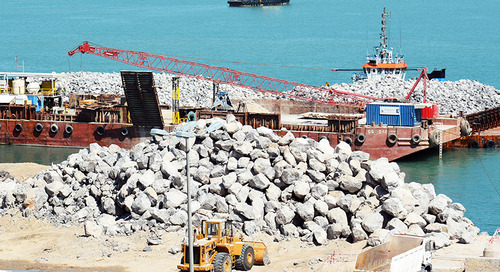 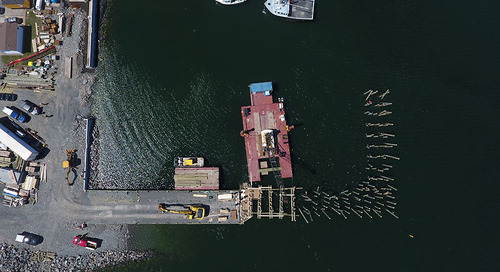 Trimble Marine Construction software for pile-driving applications cut the time for setting and driving piles from a floating crane in half, both increasing safety and reducing production time. 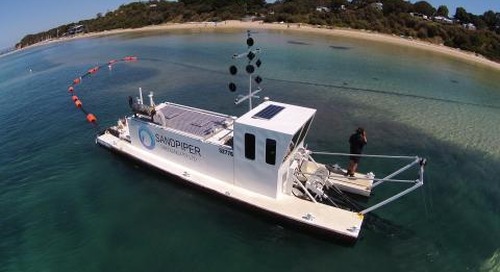 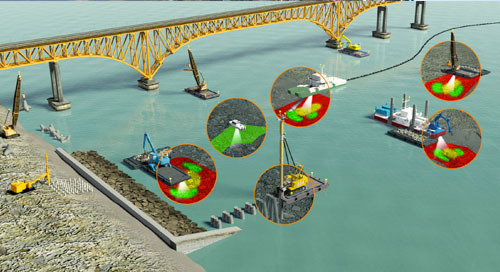 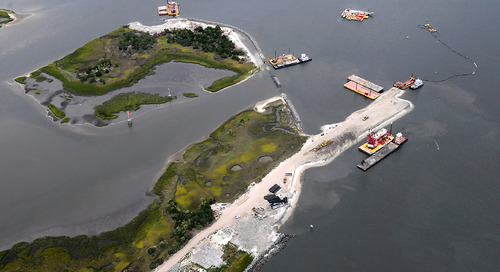