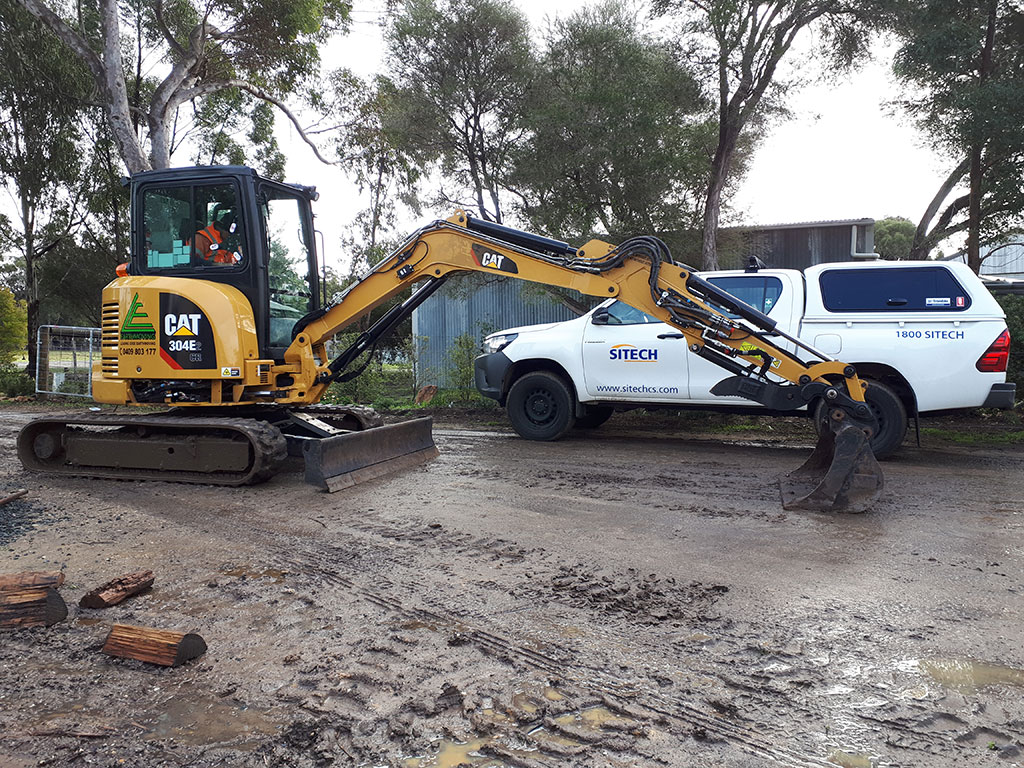 Business Challenge: Minimize the need to get in and out of machines to check levels on the job.

For Rick Gossow, big machines and earthmoving are both his profession and his passion. He’s been working in civil construction since he was 19 years old, largely as an operator on graders and excavators.

When work for others took him too far from home and family, he decided it was time to start his own business. Building on his 14 years of experience, he formed Leading Edge Earthmoving in Victoria, Australia in 2017. He bought a Cat 304E excavator and focused on final trim grading and excavation for commercial and residential projects.

Over the course of three years, he’s built a strong, steady business, but continued to seek ways to improve quality and efficiency for his customers. He confirms, “I’m a one-man operation, so I’m always looking for affordable ways to drive productivity. This is a very competitive market segment. Anything that gives me an edge, saves me time and saves my clients money is invaluable.”

In particular, he noticed that he spent a lot of time getting in and out of the cab to check levels throughout the day. “I do a lot of small, private jobs and I was losing on average one to two hours a day checking levels,” says Gossow. “Not only am I losing time, but I’m burning fuel since the machine is just running. Losing just ten minutes of operation checking levels ten times a day adds up fast.”

He’d seen a lot of technology advancement, including 2D and 3D grade control, during his time on the road working for other contractors, so I knew there were tools that could automate leveling right from the cab, he says. 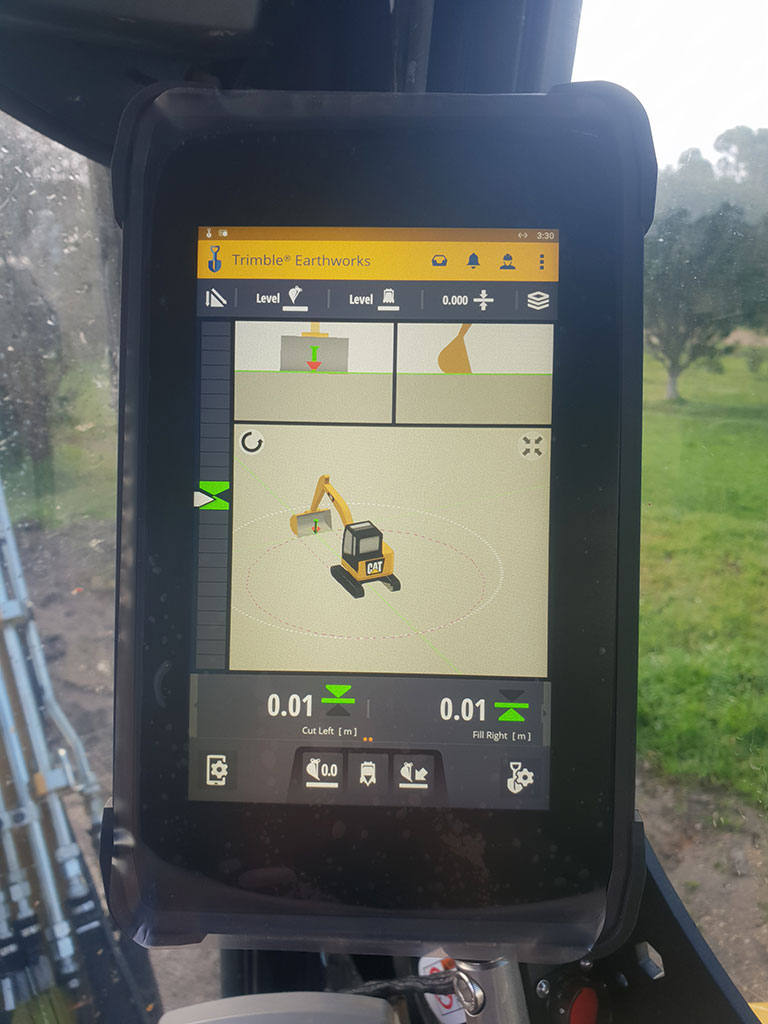 His response was not what Gossow expected. “He said I should look at the Trimble Earthworks Grade Control Platform for Excavators system instead,” said Gossow. “I had experience with 3D grade control systems in the past but knew those were not within my budget. But, Shane said the 2D capabilities would solve my leveling issues while providing additional benefit.”

Not only was the price right, but the grade control platform runs on a Trimble TD510 7” Touch Display. Gossow is also using the Trimble LC450 Laser Catcher fitted on the 2D Earthworks system with a Spectra Precision Grade Laser for consistent cross-site elevation benching.

“Once he sent the specs and pricing [about the 2D Earthworks], I was onboard,” said Gossow, who signed the purchase order the very next day and soon after, became the first contractor in Victoria to deploy the Trimble Earthworks 2D system. 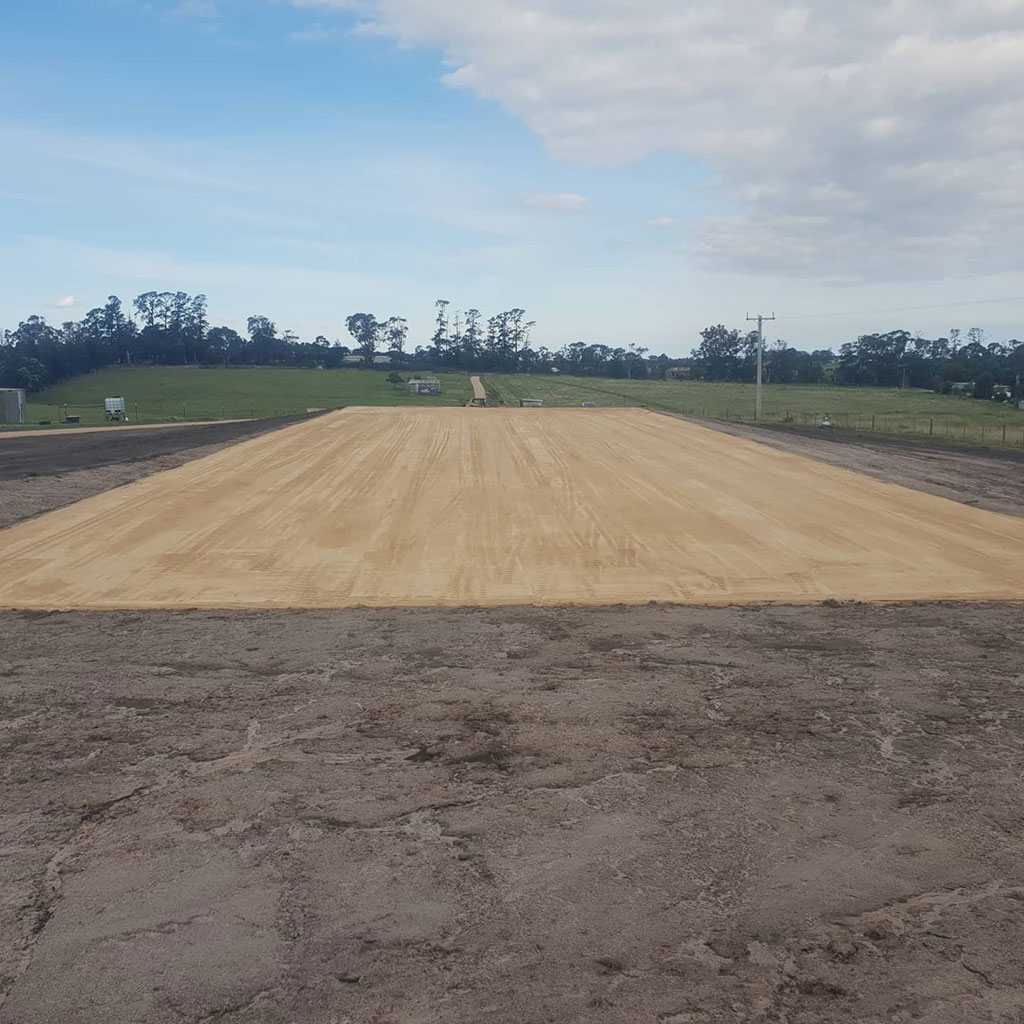 Currently, Gossow is using the 2D capabilities of the system on his Cat 304E excavator. The first opportunity to use the system was to dig a trench to prevent rainwater from flooding a client’s home and farm buildings. He followed up with a pad finish project for a farm storage unit and the finishing of a surface in preparation for a concrete pour.

“There are still certain features and functionality that I’m learning,” he said. “But, I know I’m more efficient, saving several hours in a day by staying focused on the job in the cab, and I’m more accurate. For everything I’ve used it on thus far, it’s awesome!”

Leading Edge Earthmoving’s experiences are attracting the attention of other small and midsize earthwork contractors in the area. Demolition contractor TerraFirma Excavations in Victoria, Australia has also adopted the Trimble Earthworks 2D system as well as the Spectra Precision Grade Laser to improve productivity and efficiency.