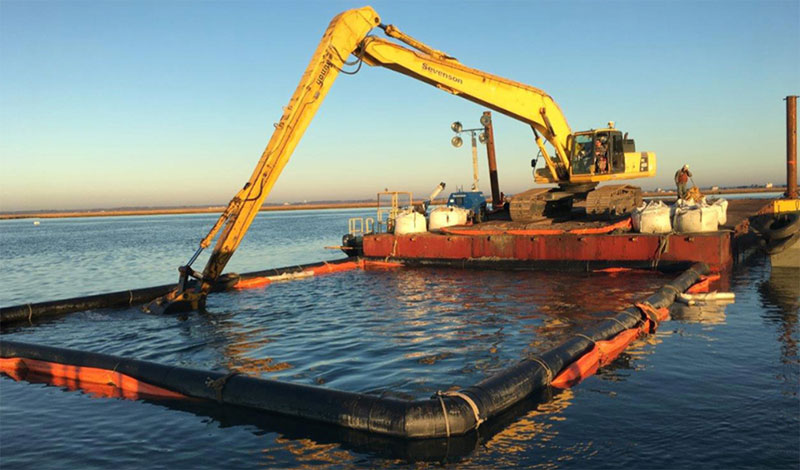 Customer Profile: Sevenson Environmental Services, Inc., provides a comprehensive range of remediation services for the cleanup of sites and facilities contaminated by hazardous materials, including remedial construction, dredging and other services.

Sevenson’s project in a back bay and channel is for maintenance dredging 95,000 cubic yards of clean silt and sand by mechanical dredge, followed by stabilizing it with Portland cement for use as construction fill. Two barge-mounted dredges -- a Sennebogen 860 material handler and a Komatsu PC400LF excavator – are dredging into 100-cubic-yard scows, which are unloaded into a mixing bin by a Sennebogen 860 material handler. The material then is amended with supersacks of Portland cement using a Komatsu PC 300. The PC 300 then unloads the amended material onto a holding pad for a two-day drying period. It is then transferred by wheel loader into tri-axle dump trucks and taken to a recycle stockpile.

Sevenson Environmental Services provided a test platform for Sevenson had been in contact with Trimble to make the Trimble GCS900 GPS/GNSS system, which was commonly used for land-based construction activities, applicable for use on the water. They were interested in Trimble’s new marine construction software - Trimble Marine Construction (TMC).

We liked the robustness of the (GCS900), as well as the service provided by SITECH,” which provides installation, training, and technical support for Trimble products, said Ryan Killian, Sevenson’s GPS manager. 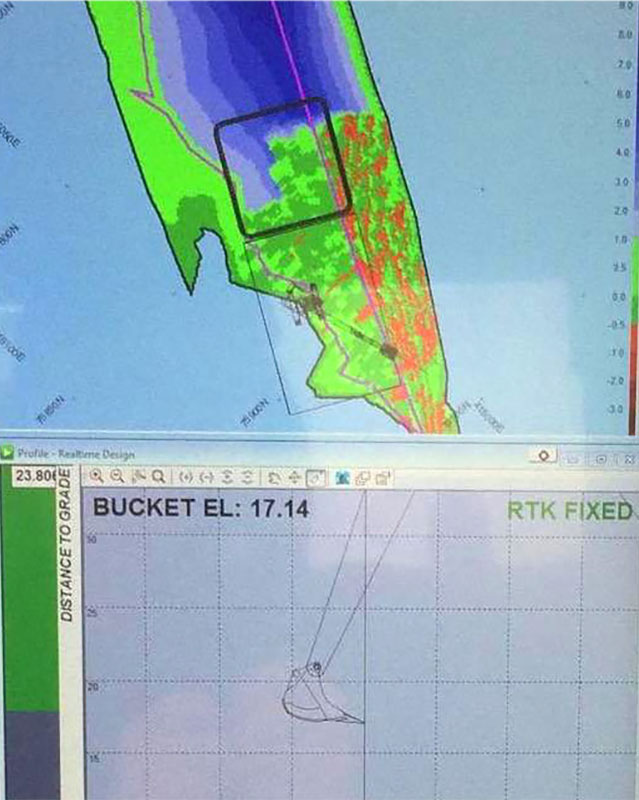 Measutronics, which has sold and supported Trimble equipment since 1997, coordinated an interface of the Trimble hardware with TMC software for water-based use. They installed the new system, consisting of the GCS900, computers, monitors, cables antennas and other peripherals, the PDS software, and a BlueView multibeam system for stationary equipment mounted on a forward corner of the barge. The BlueView system was used to scan the dredging area to identify high spots that can be taken out before moving the dredge.

Michael J. Crystal, project superintendent, praised the system for several key reasons. “(TMC) was a lot more user-friendly,” he said. “It refreshed faster and tracked closer to the final elevation. It has better screen and colors. The previous system was two-dimensional and just showed red and green.

“The new system is easier for the operator to use because the 3D display is more representative of the ongoing dredging,” he said.

For instance, the existing boom is displayed overall in dark gray, with the maximum overdepth represented by a red line and the design depth by a green line, giving the operator a goal of digging between those two lines. The design depth in this project is -7 foot elevation, with between 1 and 6 feet of material to remove, depending on the location, making that feature a valuable one for the ease of staying at the right digging depth with widely varying thicknesses of material to remove.

Another key point was that the operator could dig under the barge, where he couldn’t see the bucket, because the display showed the bucket location and the dredging progress, Crystal said.

The dredge works in a 40-foot-wide, 50-foot-long moon pool created by HDPE pipe and silt curtains to contain turbidity.

The ability to dredge the full capability of the 60-foot-long excavator, including under the dredge, is a time saver, calling for less repositioning of the equipment.

“…there were no system crashes,” Crystal said. “Even the hardware components are sleek and up to date. The monitors, antennas and other hardware are new and state-of-the-art, with no wires to trip over. It’s updated and reconfigured, like the difference between the first Macintosh computer and the latest Windows system,” he said.

“At the end of the test, the BlueView system removed, eliminating the boom scan to test for high spots, but TMC still allowed very few high spots, even without it”, Crystal said. He has recommended to the Sevenson home office that the system be purchased for all the company’s dredges. Sevenson purchased the system installed on the Komatsu, and continues to use it on the project. 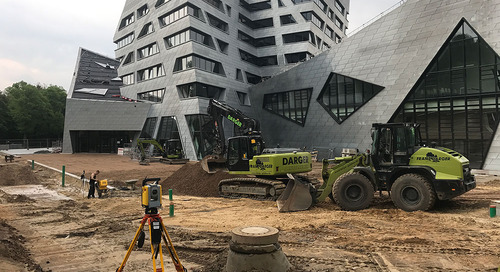 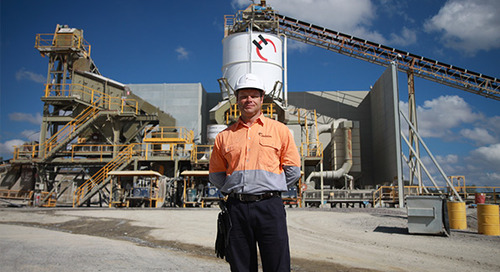 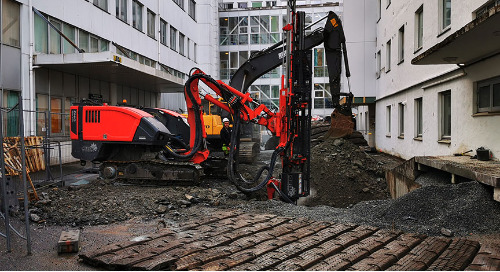 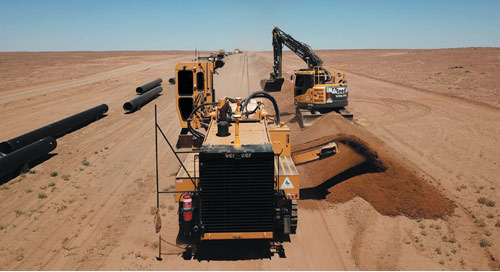 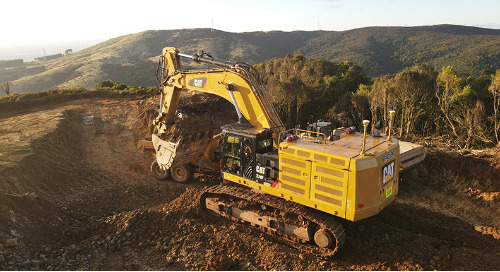 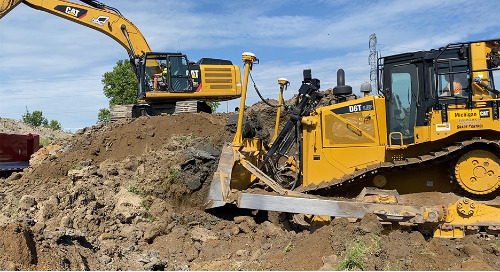 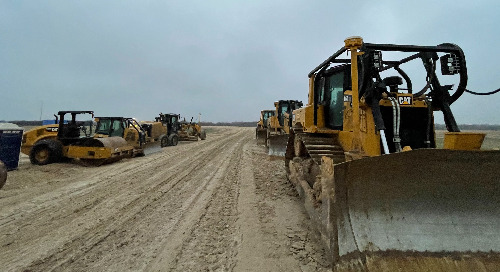 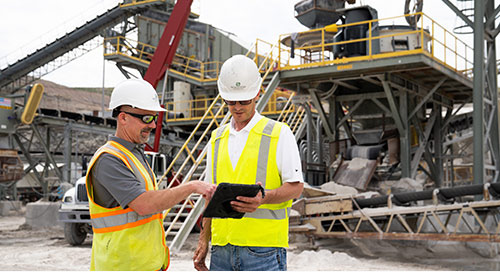 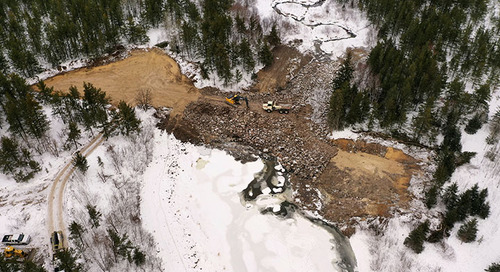 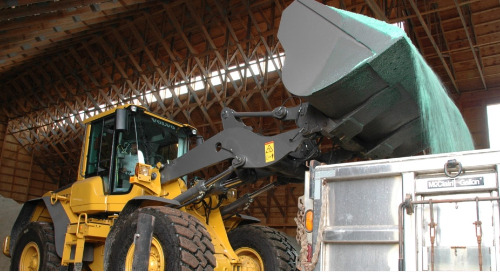 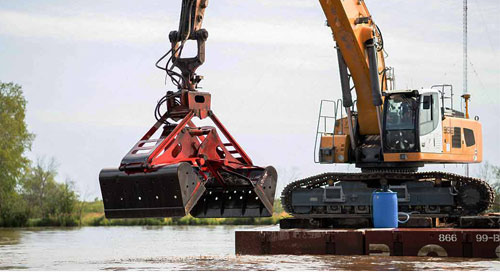 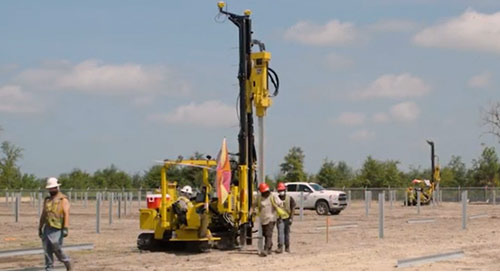 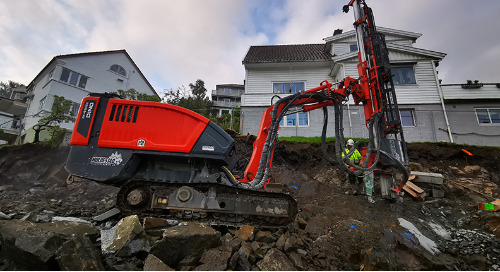 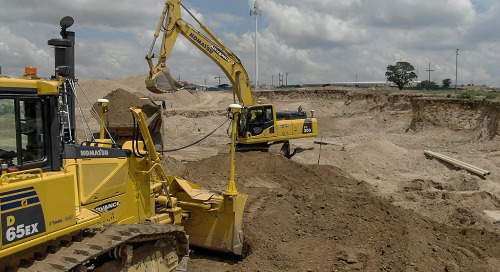 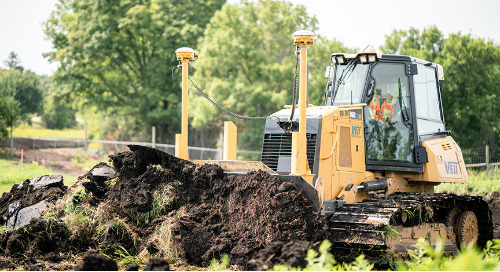 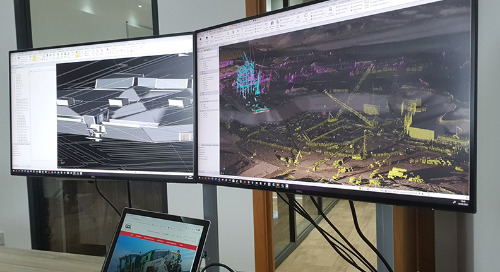 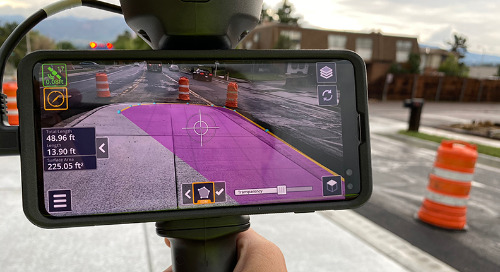 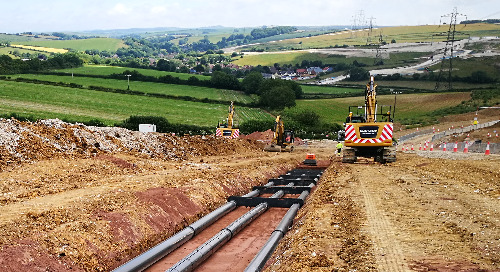 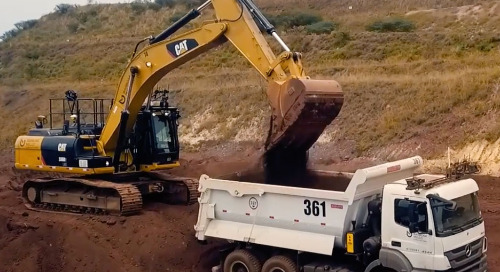 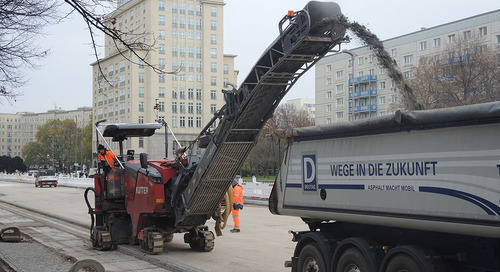