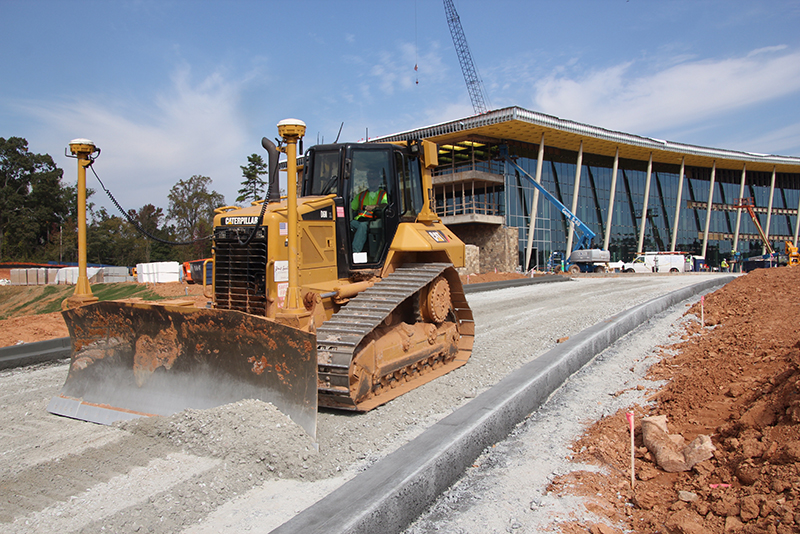 The company was looking to use site positioning and machine control for dozers to accelerate and improve grading accuracy and to reduce its reliance on professional surveyors.

Brent Scarbrough & Co. was founded in 1985 and has grown to become one of the leading site development contractors in the Southeastern United States, providing turn-key site work, from clearing and grading to civil works such as sewer, storm, erosion control and wetland maintenance. The company has also worked on numerous wetland mitigation projects that now support a variety of wildlife, flood storage and water quality measures.

Ashley Pittman was hired as GPS coordinator for Brent Scarbrough & Co. in 2008, with the goal of integrating GPS and machine control technologies into the company’s day-to-day operations.

“When I first started in August of ‘08, we had a GPS base station and a rover from Trimble, but it was basically used as a footstool around the office,” said Pittman. “They hired me to help get the company up to speed on its existing technology investments and to integrate machine control for our dozers and a few blades. We knew this would be important to our business, and that it would help us grow and do more for customers long-term.” 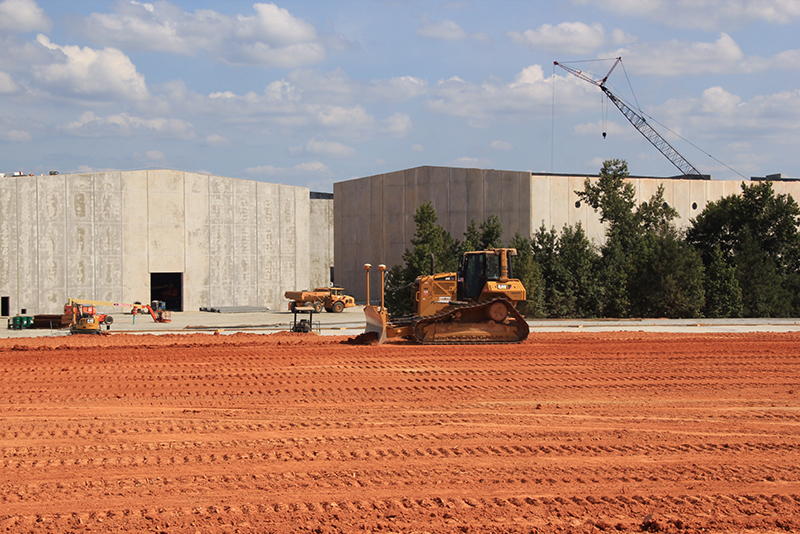 Making the commitment to machine control

After a decade with a technology coordinator on staff and working closely with local Trimble dealer SITECH South, Brent Scarbrough & Co. has Trimble machine control systems on close to 30 dozers and several motor graders. The team is using Trimble GCS900 3D Grade Control Systems and is receiving corrections and positioning using Trimble base stations. Trimble GCS900 is a full 3D control system that puts the site plan, including design surfaces, grades and alignments, inside the dozer cab. The base station provides the 3D position and measures the exact position, accurate cross slope, and heading of the blade. The machine control system then uses this position to help determine the cross slope and heading using various sensor inputs. The team uses Business Center - HCE to build 3D models using the paper plans from the engineer and then transfers it into the machine control system on dozers or motor graders.

Brent Scarbrough & Co uses Trimble SCS900 Site Controller Software with the Trimble rover to provide accurate positioning, and to locate, measure and record information on the jobsite and share it quickly between the field, machines and the office. With all these capabilities, operators have the information they need to stay focused on work, to keep tighter control over safety issues and see precisely where dirt is being moved. It also eliminates the need to pound stakes or have a dedicated grade checker on site.

Pittman explains that Trimble’s grade control system is especially helpful for complex design surfaces such as super-elevation grading tasks because it helps his team finish work faster and with less rework.

Currently, the Brent Scarbrough & Co. team is working on a site development project near Ridgewalk Parkway, located in Woodstock, GA about 30 minutes north of Atlanta. Using conventional methods, this type of site development work might require an aerial topographic survey. However, hiring surveyors or engineers is expensive and there’s often a wait to get them out to the site, which could hold up the job. Alternately, if there was a topo done and there were any discrepancies, which could be exaggerated by any oversights or by unknown shrinkage and expansion qualities of the dirt on site, that would also impact the project. This could result in either measurements being off, or a shortage or excess of material movement required. Instead, with the Trimble Universal Total Station and 3D machine control, there is no need to pay additional costs or wait on a surveyor to begin work. 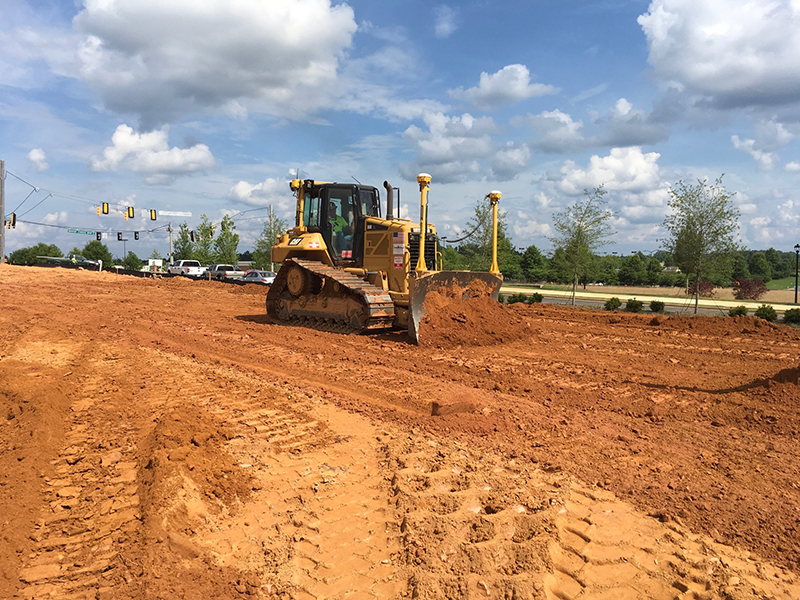 ROI and building even greater trust with owners

“With the old way, there’s a lot that can go awry,” said Pittman. “One thing about machine control is it increases your perceived accuracy because there’s no room left to doubt. It boosts our ability to deliver a product and to maintain trust with the owners because when you’re using positioning systems it becomes evident early on that you're correct, and that you’re meeting benchmarks the same every day. The slope is exactly where it's supposed to be, and every time you keep proving it and they measure it and it’s exactly what they’ve asked for.”

In terms of return on investment on machine control systems, Pittman estimates that the team can operate about three times as fast compared to conventional earthworks and grading methods. This is because the Brent Scarbrough team has a complete view of the site, so they are saving time moving dirt, and by eliminating the need to stop work to check grade and reset stakes. For example, when working on storm sewer grading for an underground retention pond, they can do all the accompanying work at once. They can use Trimble’s rover and SCS900 Site Controller Software to quickly perform grade checking functions and as-built checks for quality control. With those, they can use their measurements and offsets and dig to the bottom of that storm section and set drainage matting the first time, without waiting for surveyors to come out to verify the elevations are correct and that they match the drainage plan. This keeps the project moving, cuts survey costs and saves fuel because there’s no rework needed.

“The site has a lot of long slopes that need to be done a certain way that bleed into ponds,” said Pittman. “It would have been really difficult to do conventionally with staking, so it has helped us a lot with grade control. It started out that we just used grade control on big sites, and now almost everything is GPS driven because it's so much more profitable. We’ve been ahead of the game the whole time on the Ridgewalk project because of GPS, and that's true on all of our sites.”

Pittman also believes GPS and machine control technology is helping his team better capture and document material movement across the project. This is particularly important because it improves profitability and ensures Brent Scarbrough & Co. is paid for all of its work. Looking ahead, the team plans to expand its use of technology, and Unmanned Aerial Vehicles (UAVs), in particular, to help record material movement and to document work and submit for payments. The team is currently using Trimble technology with photogrammetry and sensor technology, coupled with microdrones’ mapping packages that includes direct georeferencing technology, to complete UAV scans to record earthmoving progress at a couple of different test sites.

Technology is changing the way construction projects are completed, there’s no doubt about it,” said Pittman. “We’re excited to become more familiar using UAVs and look forward to what the future holds.”