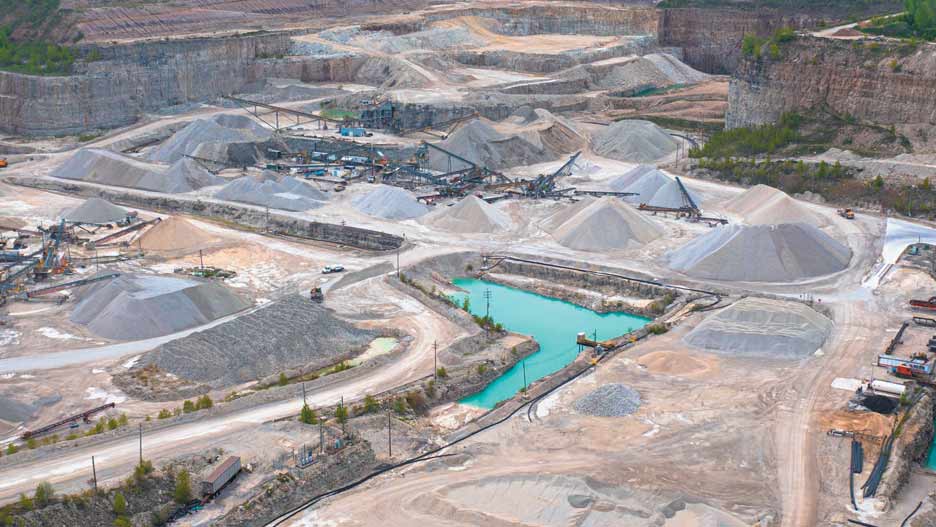 Business Challenge: To find technology solutions that would give them more actionable data to improve processes and increase throughput at their processing plants.

Results
The company is now using this technology at its Waukesha lime and stone quarry, Franklin quarry and Racine quarry. All three are Payne and Dolan quarries located in southeastern Wisconsin. The results include:

Kyle Bosch and Spencer Johnson, both managers within the manufacturing department at Payne and Dolan, already had a visible problem when they decided to approach Whitmore Sales and Trimble to help them meet the goal of improving production and reducing downtime at their three Wisconsin-based quarries.

“In the stationary crushing operation, it appeared we had a lot of material that was recirculating,” says Johnson. “It was going on conveyor belts, through screening plants, into various crushers, and then coming back onto that conveyor belt.” This was reducing throughput, but also increasing wear and tear on the machinery and consuming more energy than necessary.

At that point the company’s scales were not integrated or cloud-based. “We had no way of connecting it all,” says Bosch.

In the past, it was challenging to see the flaws in the system because we weren’t running as much volume, says Bosch. “The plants weren’t as big and product splits weren’t as detailed as they are now. It was easier to see glitches because we were only pulling off two or three products. Now, we could have as many as seven different products in a day coming off the finishing plant, and we wanted to be able to pull all that data together.” 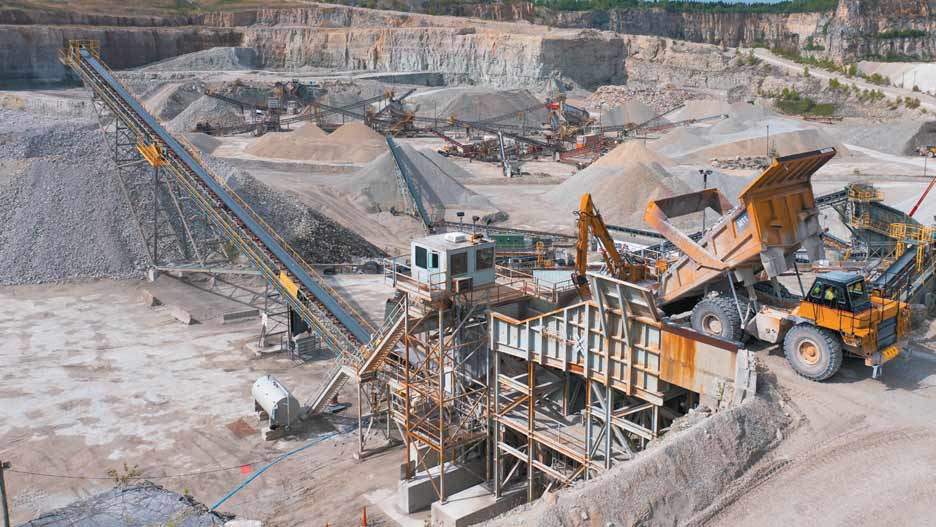 The installation process
Payne and Dolan selected Trimble Insight operations reporting portal to help connect its various scales and aggregate its operations data in one place. The company prepared for installation by developing a plan and getting its IT group together with Whitmore Sales, the local Trimble Authorized dealer. This was to make sure all the pieces could communicate with each other and identify any issues that we might not have thought of says Bosch. “We also had Whitmore on site to help identify the locations and make sure we were going to get the best return for where we installed them,” he says.

Then it was just a matter of putting the Payne and Dolan fabricators, electricians and welders to work alongside Whitmore employees to install the scales and wire and network all the interfaces. “It is pretty seamless,” says Bosch. “A bigger site like our Franklin quarry took
three days, start to finish.”

The brains of the operation
The Insight dashboard connects the hardware and serves as the brains of a Trimble “connected quarry.” With it, managers and supervisors can see what the crushing operation is doing in real time, anytime.

“It’s pretty simple and well laid out,” says Johnson. “Each belt scale comes up on the dashboard and shows your current and average tons per hour throughout the day, which is critical because that’s really the bottom line. It will take that roller coaster of different volumes going across that conveyor and show it to us in a format that’s actionable and easy to understand.”

First experience
For the first few trial runs, Whitmore stayed on site to walk everybody through the application and show them how to monitor the system, make changes, email reports and see the information they wanted to see.

“As we started to watch the scales, we were able to slowly increase the throughput based on a number of factors from the scales and what we saw on our own internal settings,” says Bosch. In the first month alone, throughput increased 20 percent with no glitches or surprises.

“The key is that we had a good game plan and worked with Whitmore to get everything set up and installed,” says Johnson. 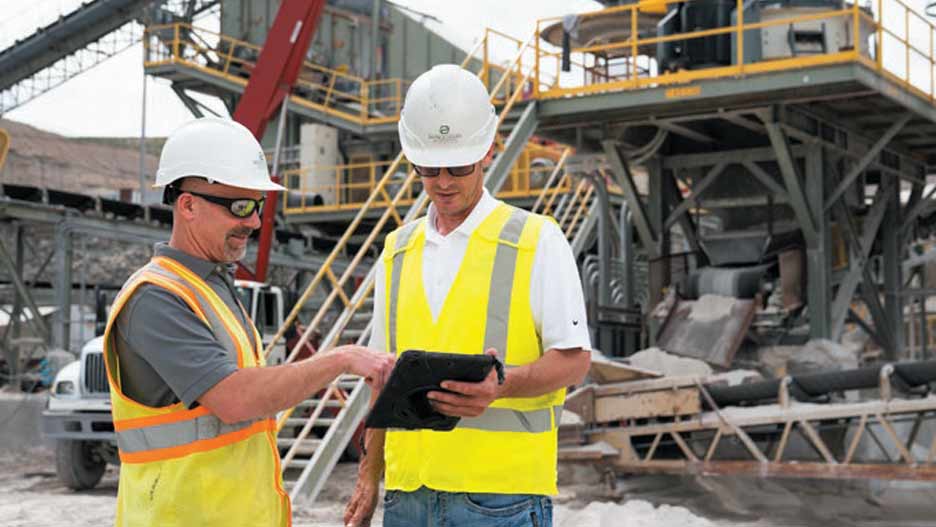 Live results, more control
Personnel-wise, nothing changed at the plant, says Johnson. “What has changed is that the operators have a lot more control over the plant because they have access to something that they never had access to before—live scale results that they can see on an iPad.”

Plant supervisors also use their tablets to monitor progress on hitting tons-per-hour goals set by the company. “Now, if they can’t get to that number, they need to be able to explain why,” says Bosch, “whether that’s truck issues, a torn belt, electrical issues or weather.”

The technology also delineates each element in the system so problems can be isolated and identified. “The technology doesn’t tell you why things happen, but it’s a great leading indicator that there is something going on and will trigger somebody to ask why,”
Bosch says.

The connected scales also provide helpful insight into black belt time. “It’s one of those things that’s great to know,” says Bosch. “The system records that and gives us something to talk to our employees about so we can find a way to mitigate it.”

Having better insight into the performance of the operations also brings better utilization of ancillary equipment, but operations didn’t change dramatically after installing the Trimble connected scales, says Johnson.

“It made us become more efficient with what we had. And it’s going to help drive what we need in the future to maximize what we’re trying to accomplish. It’s one of those tools that you don’t know you need until you have it.”

Measurements for management
By having Trimble Connected Scales in specific areas Bosch and Johnson could see the inputs and outputs of crushers and create a baseline to measure from. “From that, we ran the system for a couple of weeks just to make sure that the average stayed consistent,” says Bosch. “Then, we decided to make some screen changes in the plant to redirect material flow based on what we saw on the scales because we identified one spot that was overloaded.”

With proof of the problem in the data, they moved product around to reduce overloading in one part of the plant and distributed material to other parts. This, in turn, let them increase overall throughput. “The system showed us that we had room to improve the way we were directing material,” says Bosch.

“In the world that we live in now you have to have some numbers and data behind things to make changes. You don’t want to do things on a hunch,” says Bosch. “The connected scales give us a good roadmap for the entire plant. It’s a great tool to show everyone the progress we’ve made at improving operations. Without hard data to show, you can’t paint the same picture as easily.”