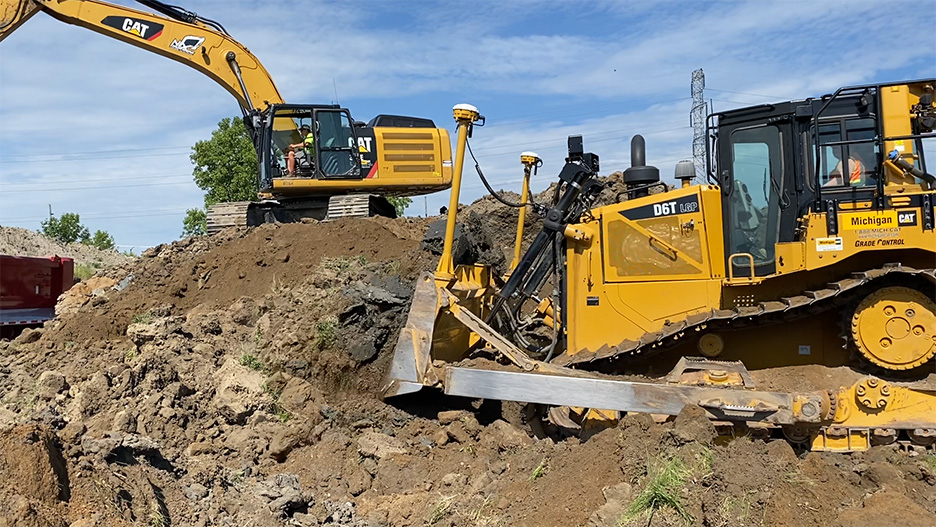 For over two decades, Fenton, Michigan-based NIX Contracting has been a provider of excavation and demolition services for the commercial and residential markets. They also have a 24-hour emergency service hotline to assist with underground utility work. Founded in 2000 by then 20-year-old Nick Stilson, the company has gone from a local Michigan-based company to working projects throughout the Midwest and Southeast.

Over the years, the company of just 25 employees had previously invested in lasers and rovers with Trimble Siteworks Positioning System, as well as digital takeoff and automated estimating tools as part of their technology ramp-up journey.

However, as competition became stiffer, Stilson recognized the need to take another step in technology to further improve his efficiency, productivity, and bottom-line profit on the jobsite. He confirmed, “I’d used some machine control on rental equipment, but was concerned about the investment and training, but the industry trends forced my hand. I didn’t want to get left behind.”

Soon after, Stilson invested in Trimble Earthworks for his four dozers. “The Earthworks Grade Control Platform was so easy,” he said. “The touch screen is great and the whole system is very user-friendly. After a week, I was operating a dozer equipped with Earthworks with ease. Even my two boys, 7 and 8 years old, can run a bulldozer with Earthworks.”

When asked how his operators adapted, Stilson said, “I got push back for about a week. But when they realized that our productivity jumped from 2,100 yards of grading and compaction a day to over 6,000 a day, with great accuracy, they were sold.” 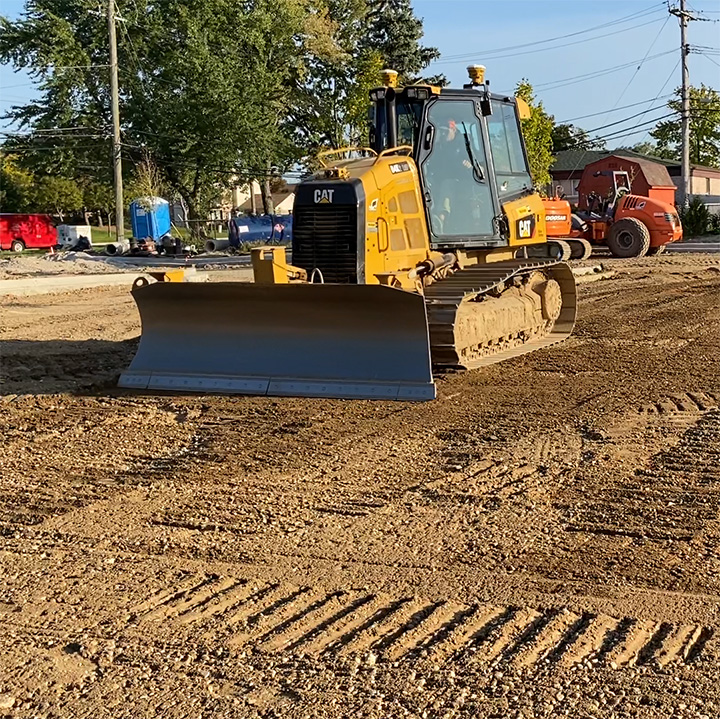 Visible Efficiency
One of the first projects that Stilson and his team put the Earthworks-enabled dozers to work on was in Rock Church, Michigan. The project required the grading and compaction of a 30-acre site and the movement of over 100,000 yards of material. Stilson said, “We did that job in 21 working days—three times faster than with our conventional methods.”

In 2020, Stilson and his crews moved almost one million yards of dirt. And just as satisfying, he has been able to shift a few of his employees from just holding stakes to skilled operators. “Now, not only are we more efficient, but I have also been able to help some of my guys make more money doing a skilled activity.”

Recently, the company finished the site prep on a big retail site development project in Woodhaven that requires the movement of hundreds of thousands of yards of material. Stilson said, “Ordinarily, a project that size would have taken us 80 days. We were done in 60.” That’s a 25% time efficiency improvement!

The company’s reputation for fast, accurate work with help from technology has helped build plenty of backlog and a handful of industry partners. “We don’t bid work anymore. We work almost exclusively for several general contractors. They trust us to get the work done with no change orders. With the Trimble equipment, we’re faster and more accurate,” Stilson noted.

When asked about his relationship with SITECH, Stilson said, “We look at Kevin [Ackley] as a part of our team. He’s Johnny on the spot if we have questions. If we need him, he’s there.”

NIX Contracting currently works in seven states. In fact, the company has doubled its workload in the last year while maintaining the same 25 employees, and “we’re on track to double again this year,” said Stilson.

Looking forward, Stilson has his eye on a GPS-guided curb machine next. He concluded, “Without Trimble, I wouldn’t be here. The market is so saturated, but with technology, my production is up at least 60%, which allows me to deliver projects more efficiently and of high quality. We’re a preferred provider.”