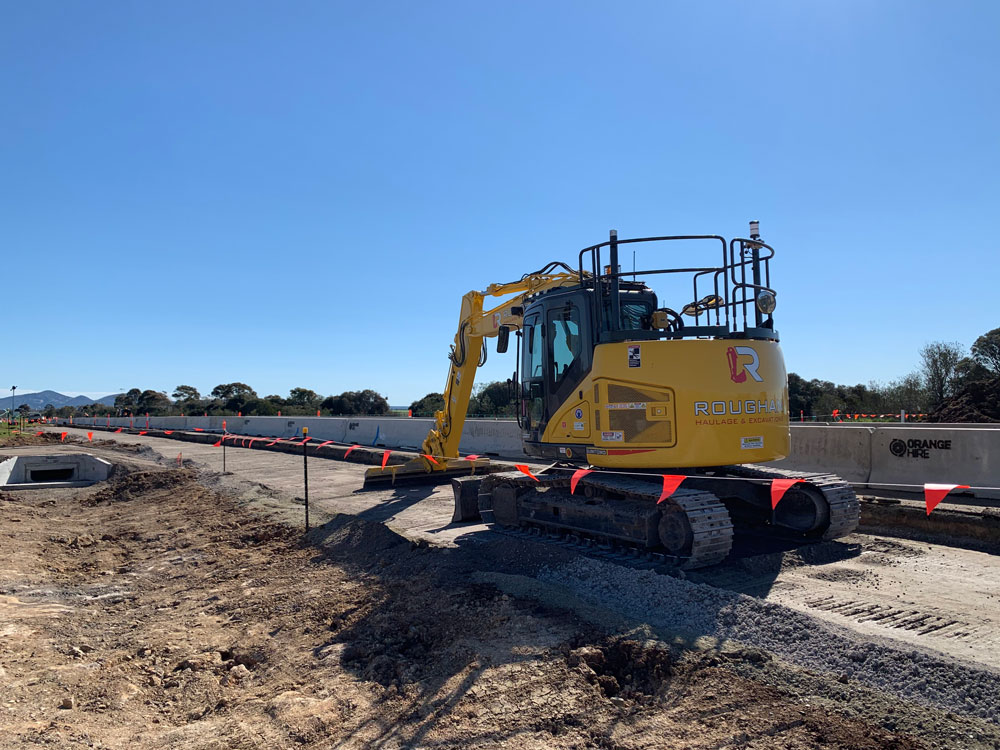 Customer Profile: Civil contractor Roughan Haulage & Excavations Pty Ltd. was founded in 2017 as an earthwork and land management firm. With a home office in the Melbourne area of Victoria, Australia. The company specializes in civil construction including rail and road projects for public and private entities throughout the state.

Civil contractor Roughan Haulage & Excavations Pty Ltd., based in the Melbourne area of Victoria, Australia, was founded in 2017 as an earthwork and land management firm…with a modern touch.

Early on, Matthew Roughan, founder and director of the firm, knew he wanted to focus on differentiating his company with skill and technology enabled solutions. At the time, he was just one man and a machine. While early work was largely focused on the domestic space, such as foundations and drainage/utility trenches for homes, the company moved to civil infrastructure for commercial and government customers fairly soon after. That shift was made possible in part because of a move to 3D machine control.

In 2018, Roughan invested in a 14-ton Sumitomo excavator equipped with Trimble 3D machine control and put it right to work on a road project.

Roughan recalled, “Our selling point to clients was that we could up production, decrease rework and increase accuracy—we could only do that with help from technology. It was a challenge to sell to some clients initially, but once we got up and running, we could demonstrate the benefits.”

One year later, the firm added a Trimble SPS930 Universal Total Station (UTS) for the 14-ton excavator to further improve operational capabilities. The UTS is able to achieve millimeter accuracy in areas where GNSS signals are spotty or inconsistent.

“Very quickly, we found we were able to improve our productivity and quality on major road works projects, especially in tight work areas,” Roughan said. “Versatility is such a crucial part of our work. We have to make sure all of our machines and operators can service all stages of all jobs. That means reducing machine movements and unneeded project expenses.”

That mentality would serve as a foundation for more recent investment that’s generating even greater excitement from his team – and additional satisfaction from customers. 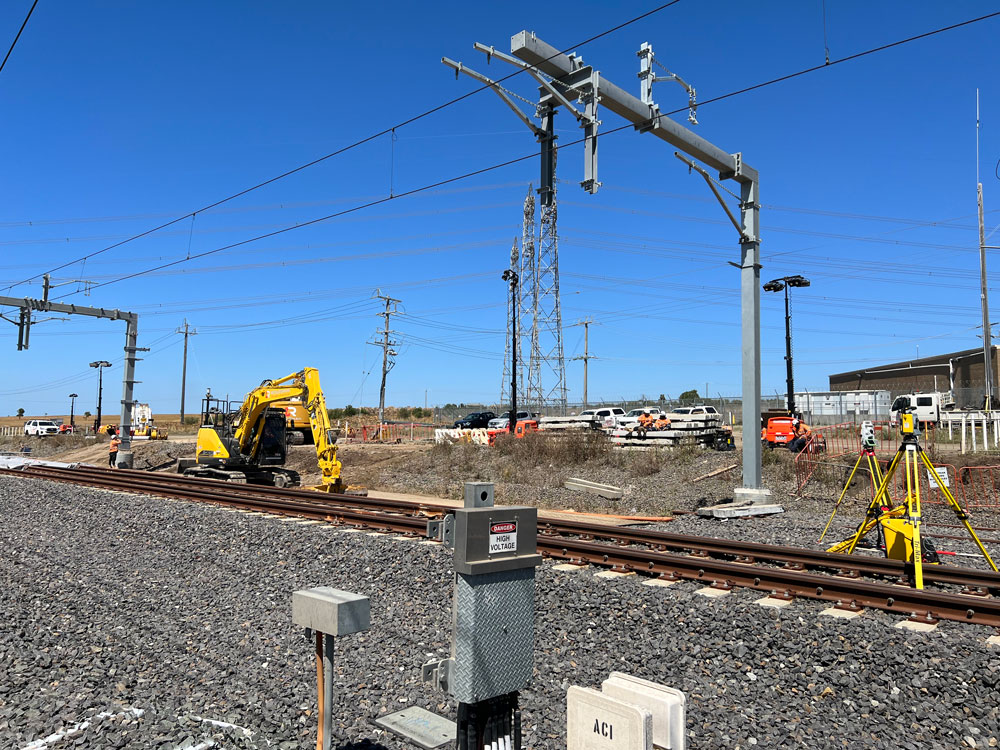 When asked why he wanted both UTS and GNSS, Roughan said, “If there’s more than we can offer to our clients, then I want it. We had already learned that the increase in accuracy and consistency compared to GNSS was real so it was a no brainer.”

He freely admits that he didn’t realize the full extent of the UTS advantage until he began using the machine across more projects.

The new UTS/GNSS-equipped Cat 308 has been put to work on a number of civil works jobs, particularly road and rail projects with small intersections or areas where graders won’t fit.

“As soon as we hooked up the first time, we could see the difference in quality results and jobsite flexibility,” Roughan said. “As the weather changes throughout the day, the corrections stay the same from morning to night, whereas GNSS can vary, sometimes as much as 20-30 mm throughout the day, especially if we’re on various networks or working around obstructions. With UTS, we don’t have dropouts so we can achieve those tighter tolerances.”

One particularly notable project was at the Youth Justice Centre at Cherry Creek in Victoria. “We needed to trim the building pads, but getting a grader set up just wasn’t viable. Instead, we used the Cat 308. We were able to change tolerances and meet the specifications defined by the road authority with that excavator,” he said.

When asked about UTS specifically, Roughan continued, “We’re three years into using it and we’re hitting our stride at an especially good time. Many of our clients, largely general contractors, are being asked to meet much tighter tolerances, sub 10 mm, and tight timelines. We can’t achieve that with GNSS when we don’t have control of what’s going on in the environment. Running a total station with an excavator just blows their mind. Now, we can leave it all in the operator’s hands—we run smoother, very accurately and have a faster finishing process. We request UTS on every machine now.” 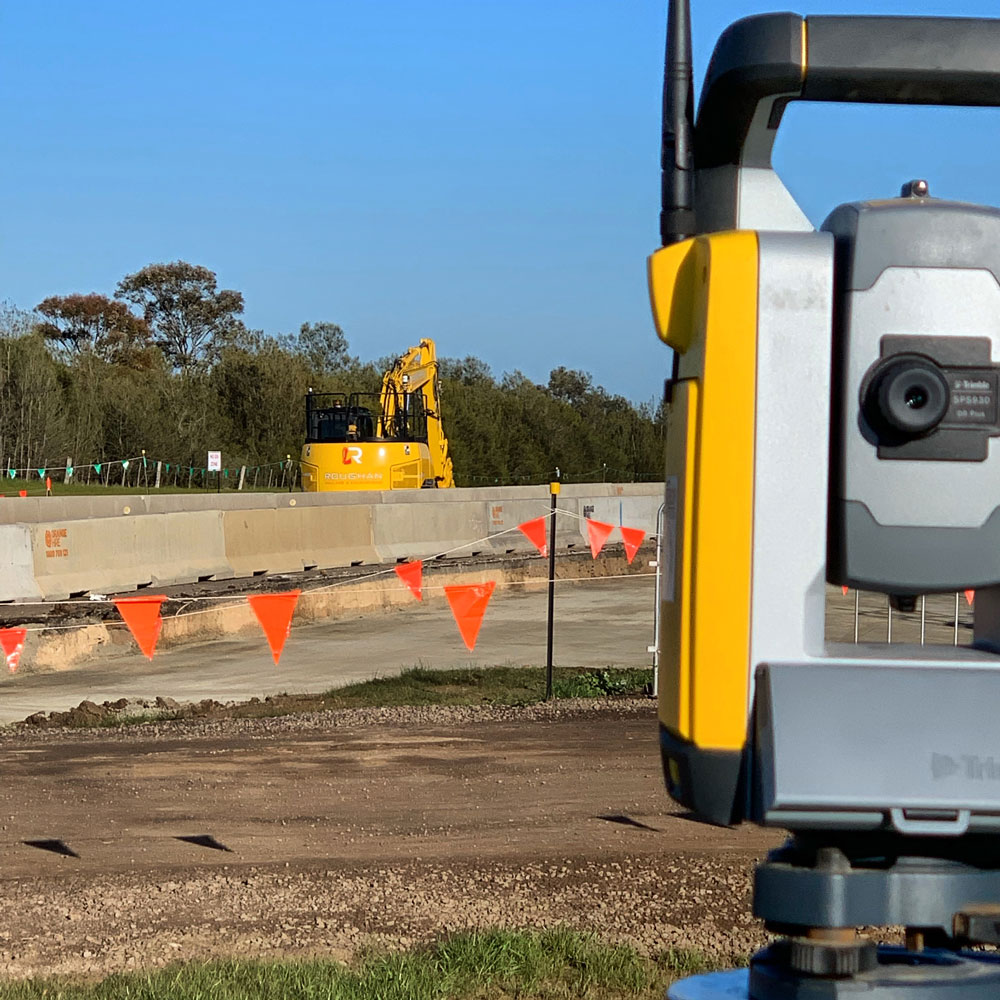 Today, Roughan has a fleet of excavators ranging from 8T to 25T in size that are fitted with the most advanced machine guidance systems from Trimble. Moving forward, Roughan believes he will continue to invest in more machines, and likely extend the use of existing software.

“Trimble Earthworks paid for itself in the first year on the first system—the functionality and flexibility has been a key part of our winning work,” he noted.

He points to the value of the software’s profile alignment and infield feature. “Design models are not always as precise as we need. So, the ability to swap between design and infield alignments allows our operators to manipulate the existing conditions as needed. And it reduces the need for surveyors on site. Trimble Earthworks is changing the industry, allowing us to rectify problems quickly, because we’re not waiting for a redesign. We can make an adjustment in one-third the time that it would take a surveyor to come to the site, make measurements and then create a new model.”

While the Roughan team does not build their own 3D models yet, he sees that happening in the future. On the machine side, he’s expecting another Cat 308 with an identical UTS/GNSS set up soon.

One of the reasons for success to-date and the ability to justify future investments is Roughan’s partnership with SITECH Construction Systems Pty Ltd. “Their support is great in Australia and easily accessible,” he said. “The techs are very knowledgeable, so if we have any downtime, it’s minimal. Few other brands provide technology for an excavator in the same way that SITECH and Trimble do. The Trimble UTS is a league above the rest.” 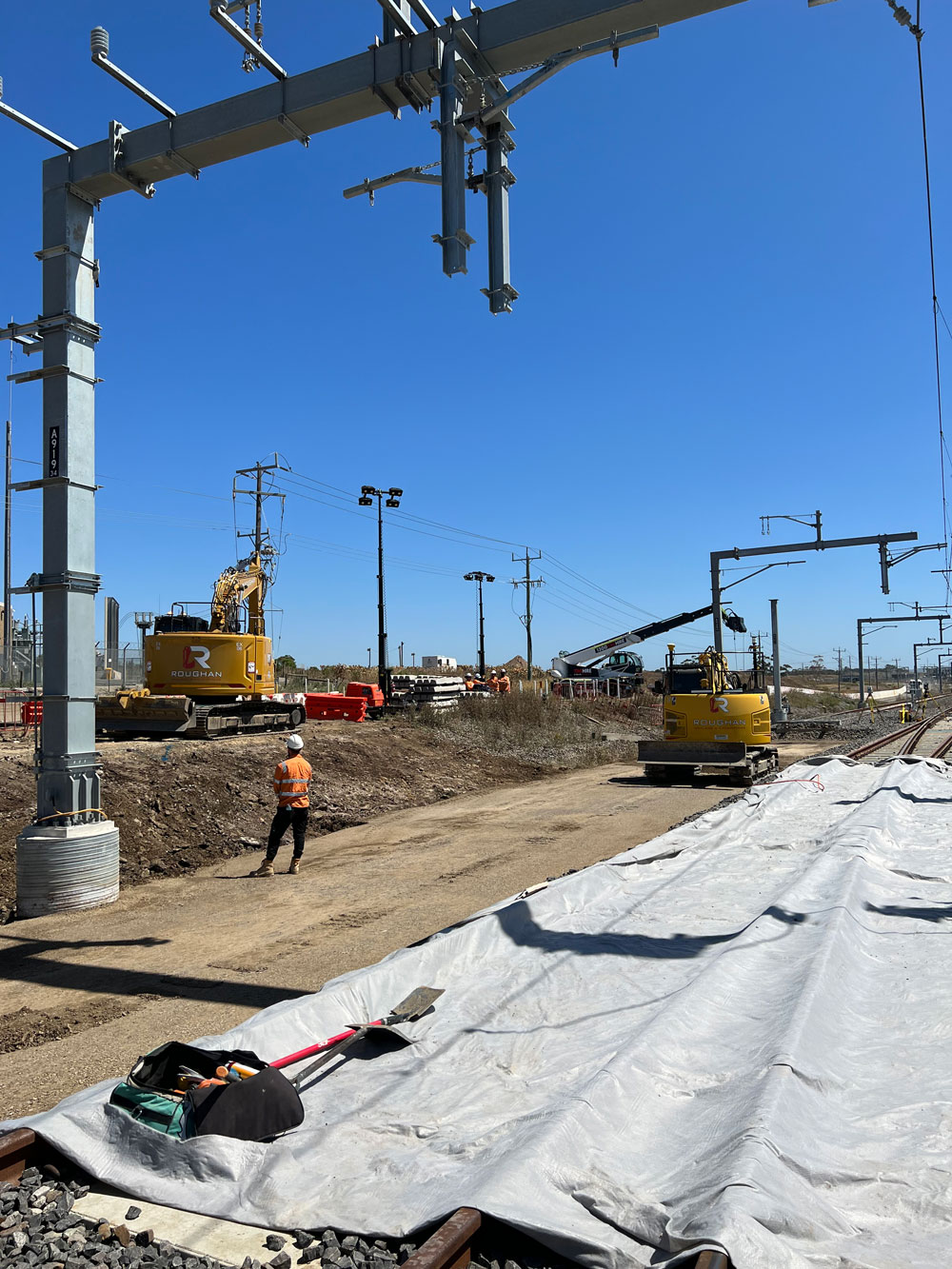